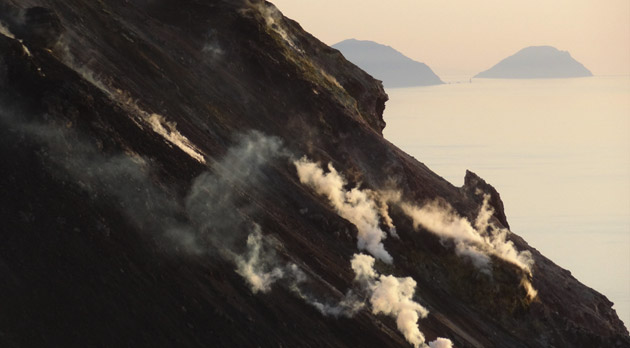 The climb to the craters of Stromboli is the most exciting that you may experience on the Aeolian Islands. An authorized guide will take you to the summit of the volcano (918 M SLM) to attend closely to the spectacular eruptions of Stromboli. 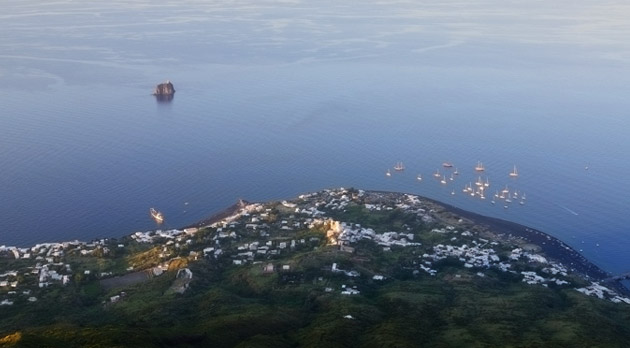 To reach the summit and return to the harbor takes about 5 hours walk that includes several stops. The resident time depends on the activity of the volcano, (maximum 45 minutes). The climb is within the reach of most , but requires good physical condition and proper equipment such as (thick socks, jacket, sweatshirt, 1 or 2 T-shirts for changing purposes , a light packed dinner, a litre of water, proper shoes and a flashlight. Many items of need may be hired/purchased locally) 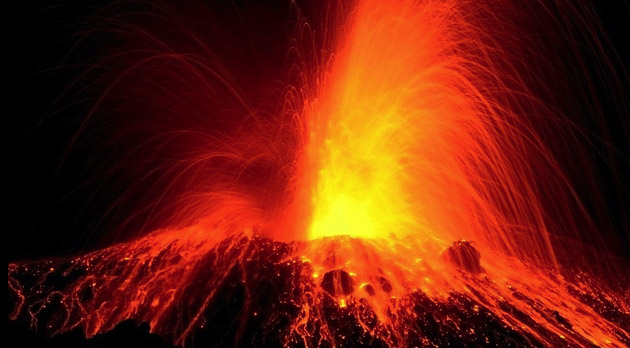 Children aged 7 years and older may participate but need to be motivated and in excellent physical condition.

Before you get to Stromboli, the boat stops at Panarea and its islands for about 1 hour. Arriving at the port of Stromboli, you will meet with the vulcanological guides for the path information, preparation and start of the climb. Returning to Lipari late at night will depend on the season/weather.
For more information contact the guides Aeolian Magmatrek

DESCRIPTION OF THE ROUTE

The path leading to the craters has an average width of one meter, well marked and easily navigable, alternating sandy and rocky. The climb to the craters follows in the initial part of the path that leads to the church San Vincenzo Labronzo, from here you leave the right path to take naturalistic flat left on the path uphill.
The area covered by bushes of cistus, crosses the classic dry walls built for agricultural purposes. At an altitude of 340 m in the vicinity of a holm oak tree there is a layby from which continues a climb towards the top of the rocky ridge at an altitude of 500 m called Cannestra.

Once this quota there are spots of shade during the summer months and the way you can reveal very tiring, so it is recommended that the climb in the late afternoon, in order, then, also enjoy the spectacular night vision of the volcanic activity. The rise along the rocky Liscione, characterized by lava of brick red color, has been simplified with the creation of numerous bends where starts a band arid covered with black sand and rocks; throughout the journey you will be accompanied by the sight of Stromboli and the Strombolicchio. 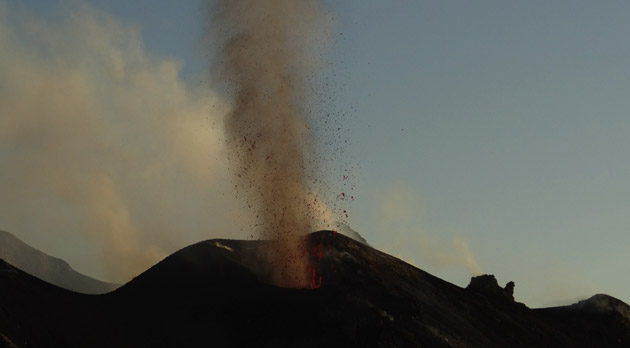 The achievement of the ridge that separates the Sciara del Fuoco to the eastern side is an exciting time, you’ll find yourself in a moonscape face to face with the smoking craters, at this point it is important to choose the appropriate place to stop and admire the volcanic activity in because of the winds that move the fumes of sulfur dioxide.

The descent can be made using two different paths, in addition to the climb. The most conventional is on the south-east, from the Pizzo Sopra la Fossa a footpath takes you to Pontella of Crosses where, even at a brisk pace, take the sandy area of Rina Grande (one of the more insidious because it was walking distance path by an avalanche of hot material during the eruption of 1944) to override the Liscione. This point is also known as “Shoe” for the habit of emptying the shoes from the sand collected in the downhill. From this point onwards the descent continues with more pronounced slope until reaching the concrete road. 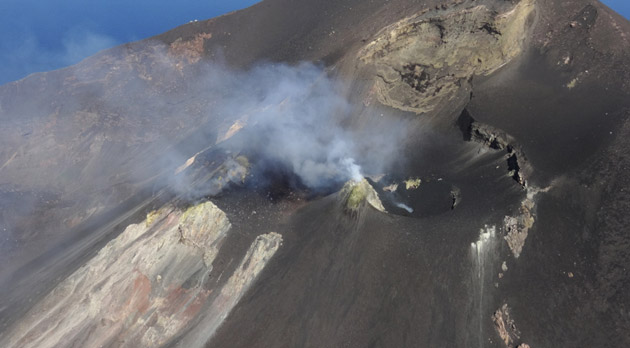 As the path is not considered a path of high difficulty, it is always good to pay attention because the rare points near precipices are not equipped with protective railings

This website uses cookies to improve your experience while you navigate through the website. Out of these, the cookies that are categorized as necessary are stored on your browser as they are essential for the working of basic functionalities of the website. We also use third-party cookies that help us analyze and understand how you use this website. These cookies will be stored in your browser only with your consent. You also have the option to opt-out of these cookies. But opting out of some of these cookies may affect your browsing experience.
Necessary Always Enabled
Necessary cookies are absolutely essential for the website to function properly. This category only includes cookies that ensures basic functionalities and security features of the website. These cookies do not store any personal information.
Non-necessary
Any cookies that may not be particularly necessary for the website to function and is used specifically to collect user personal data via analytics, ads, other embedded contents are termed as non-necessary cookies. It is mandatory to procure user consent prior to running these cookies on your website.
SAVE & ACCEPT